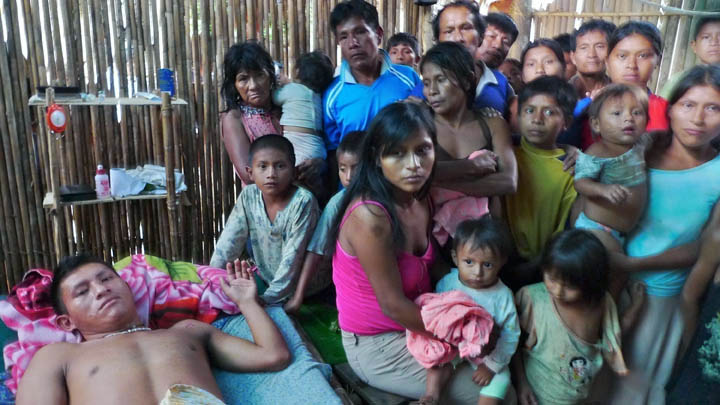 
Paulo Bitap Lopez, 24, an Awajun, left, is surrounded by family and neighbors as he recovers from two bullets to his shoulder and side, in addition to one that grazed his head, which he said were fired by Peruvian police. Lopez indicated he has no access to a doctor or pharmacy so he's being treated with local plants that have healing properties. On June 5, 2009 the police, using tanks, helicopters, tear gas and firearms, attacked a roadblock approximately 450 miles north of the capital, Lima. Protesters, including Lopez, had been blocking roads for two months to demonstrate their opposition to laws that gave logging, mining and oil companies access to their ancestral grounds - the Amazon.